Her story: It wasn’t until her second year in medical school at the University of Pennsylvania that Marjorie DeJoie-Brewer found out that she had SCD. She had never had to manage pain quite like that, and “it was a steep learning curve,” she says. But learn, she did, quickly discovering that treatment options were scarce. So when she finished her training, she had an idea: Why not use her expertise in internal and rehabilitation and sports medicine to help SCD patients learn how to take better care of themselves? Now, in addition to all manner of volunteer efforts, DeJoie-Brewer wears three hats in service to the SCD cause: medical director for her local SCD association, research clinician at Children’s Hospital, and owner of her own private wellness practice.

Why focus on wellness: “The unpredictable nature of a sickle cell crisis can be devastating. Unlike with other chronic illnesses … you rarely see it coming. There are no markers. So you have to rebuild yourself after every single crisis. My passion is giving people real tools to deal with that.”

Biggest challenge living with the disease: “When I’m sick, I can’t do anything. It just holds me back. I can’t show up. I leave someone hanging. I lose time. That’s what breaks me down.”

Her motivator: “Someone once said that having this disease is like living in the shadows. And it’s true. But it’s a mindset. And it’s difficult to bring people out of that mindset when they’ve been told that this is the illness that’s going to kill you. But that’s what has to happen. I tell myself, ‘If you don’t push, nothing moves.’ I believe that. I’ve got to keep pushing. I can’t let the disease win.”

How she is pushing: “Due to the progression of my disease, I started a treatment called apheresis at the beginning of the year, and I have made some changes to my nutrition plan and added supplements that have made a significant different. And I am feeling wonderful.”

Her hope: “I want the assumptions that people make about people with SCD to change. People get jaded by the one person who abuses the system. But, I say, look at all our patients and give them the fair shot they deserve. Don’t cut their legs out from under them. Your best asset may be a sickle cell patient!” 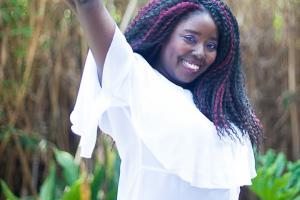 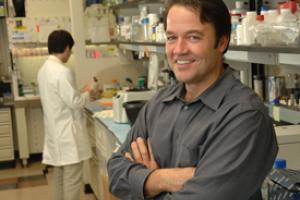