Her story: When Cassandra Trimnell was born in 1987, she was the first child diagnosed with sickle cell disease through Iowa’s newly implemented newborn screening program. “My mom, like most others, didn’t know she had the sickle cell trait until her beautiful baby was born with this ugly disease,” said Trimnell. But because of this newfound awareness, Trimnell was able to get the attention and care she needed, and she grew up to become a fierce advocate for others with the condition. Trimnell founded and is the executive director of Sickle Cell 101, a non-profit organization that specializes in sickle cell education, primarily through social media. She is convinced that a lack of knowledge about the disease—not only among the population at large, but among the medical establishment and patients themselves—has led to a disturbing silence about the disease. “I want people to realize the importance of knowing their trait status,” said Trimnell. “I want everyone to reach out to their loved ones to talk about the importance of sickle cell awareness.” She should know: Trimnell is a certified Sickle Cell Educator with the California Department of Public Health, and she develops the curricula and educational material used by her organization.

Unimaginable hurdle: “One of my first memories of having a sickle cell pain crisis was during a 90-minute car ride. I was hunched over my mother’s lap screaming and crying until my voice gave out. The pain was unbearable. I passed out and woke up three days later in the ICU,” she said.

Biggest disappointment: Missing what seemed to be the trip of a lifetime because of a grueling pain crisis. Trimnell was just 10 years old, and the trip—a big tour with her choir—"was all I talked about for months.” Because she was smaller and skinnier than her peers and could not go outside for recess in the summer and winter, Trimnell felt isolated, which is why she loved the choir. In preparation for this trip, it had practiced twice a week for months, and Trimnell had never missed a session. Everything was in place—the spending money her mom had saved, the families that would host them, her roommate with whom she had bonded. But departure day found Trimnell in a hospital, suffering. Tears welling up, her mother waved goodbye to the other choir members, then raced to comfort her daughter. Then she told her they had left. “I cried,” Trimnell said.

How she survived: “When things were good health wise, I forgot I had sickle cell disease. There were years, mainly in college, I didn’t have any major complications. I didn’t limit myself. I joined multiple activities and lived the way my peers did. I realized things could have been worse, so I took advantage of my sickle cell free life in every way possible. Live hard (responsibly) and enjoy life when I’m well.”

Her motivator: Her organization, Sickle Cell 101, which currently has 25,000 followers on combined social media platforms in over 85 countries. Trimnell says the followers' feedback keeps them going as a community—and motivates her to grow it more. “We find people who have learned a lot about the disease from our platform, but we also encounter people who simply don’t know their genotype.”

What you tell others with the disease? “Don’t forget about the rest of your life.” 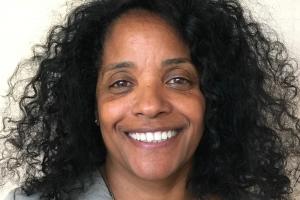