Professor at the University of Cape Town, South Africa

His story: Born in Yaoundé, Cameroon, Ambroise Wonkam, M.D., Ph.D., grew up witnessing the pain, disability, and death caused by sickle cell disease – among family friends, classmates, and colleagues. Very early in his medical education that experience led him to cell biology and, later, to genetics. Focusing on sickle cell disease seemed, then, almost like a calling.

“I had a strong commitment to a research field that could meet the greatest need, and, potentially, have the greatest impact, particularly in Africa,” Wonkam said. Now, Wonkam is world-renowned professor of medical genetics at the University of Cape Town, South Africa, where he completed his doctorate in Human Genetics. He’s also the director of Genetic Medicine of African Populations (GeneMAP).

With more than 130 peer-reviewed publications on sickle cell disease, Wonkam has won multiple prizes, including the prestigious 2020 Alan Pifer Award. In 2014, he won the competitive Clinical Genetics Society International Award from the British Society of Genetic Medicine. He is the president of the African Society of Human Genetics.

Why his work matters: Every year, more than 300 thousand babies around the world are born with sickle cell disease, and almost 75% of them are Africans, Wonkam noted. “This is the most common monogenic recessive condition of humankind, and Africa is its epicenter,” he added. Yet, despite having been recognized for more than 100 years, “sickle cell disease remains largely neglected in terms of investment in prevention, care, and research,” he said.

His chosen path: When he decided to specialize in his field, there were very few geneticists in Africa, and this hasn’t changed much, despite the huge difference the discipline can make in the continent and to the world. In his own lifetime, Wonkam has seen significant improvements in the diagnosis and care of sickle cell disease, and this has fueled his “strong belief that genetic and genomic research on this condition will contribute to prevention and therapies for those afflicted in every part of the world.”

The possibilities: According to Wonkam, genetics will help with early detection of sickle cell disease, strategies for secondary prevention of complications and severe illness, and development of gene editing and gene therapies.

But he sees other key benefits: Developing infrastructure and an intra-African network that can improve health care through newborn screening and comprehensive care. These can also raise awareness among governments and international organizations, leading to more investments in prevention and care, he said.

His dream: “Ultimately, a multicenter, well-coordinated, prospective longitudinal sickle cell disease cohort in Africa, as envisioned by the SickleInAfrica consortium, would improve our understanding of the pathophysiology, outcomes, and determinants of the disease,” Wonkam said. “And it could provide avenues for investigating novel therapeutic interventions to reduce the disease burden in Africa and around the world. 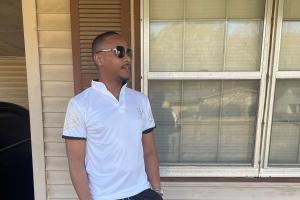 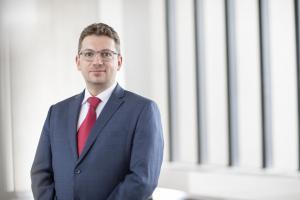