Alison Morris, M.D., knows about the human lungs, but not in the way most people might expect. She is a pioneering researcher in the new and rapidly expanding field that explores the complex variety of microorganisms in the lung known as the lung microbiome, and the role it plays in health and disease. A better understanding of this microbiome could lead to new markers for improved disease diagnoses, as well as new therapies for a wide range of lung-related conditions, including HIV, COPD, and cystic fibrosis.

Morris, a professor of medicine and immunology at the University of Pittsburgh Department of Medicine, has helped open this largely underexplored medical frontier with a combination of epidemiologic and lab-based studies. While researchers once believed that the lung tissue was sterile, next-generation gene sequencing studies have revealed thousands of microbes living in the lung—some good, some bad—that range from bacteria to fungi to viruses. Morris and others want to explore exactly what microbes are present, how they may contribute to disease, and what therapies may be used to treat those diseases.

"Some lung diseases that were previously thought not to have an infectious component may actually have changes in the bacteria that we can detect and treat with things like antibiotics in the future," Morris said.

Her research also includes evaluating the types of lung complications, including HIV-associated emphysema, that occur in HIV-infected people. Her team is also studying the role of Pneumocystis, a potentially life-threatening fungus in immunocompromised people that also may play a role in COPD in the general population and people with HIV. Morris, who also serves as director of the Center for Medicine and the Microbiome at the University of Pittsburgh, is the recipient of several NHLBI research grants. 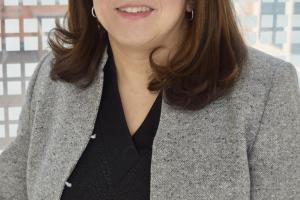 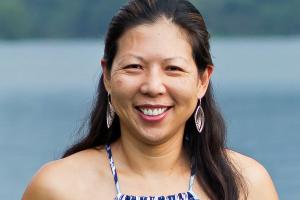