Biomedical research has brought us a long way since June 1981, when the first cases of the disease that would later become known as AIDS were reported. At the time, the median survival of a person with AIDS was only one to two years. Today, HIV survival can be measured in decades and even near-normal life expectancies. The introduction of safe and effective antiretroviral therapy (ART) has been transformative, dramatically extending the life spans and improving the health of men and women with HIV.

People with HIV may experience an array of health complications as they manage what is now a chronic disease. Even when their virus is well-controlled with ART, they are more likely to develop chronic diseases typical of the broader aging population than any co-infections and diseases typically associated with HIV. They also have a higher prevalence of these co-morbidities compared to their HIV-negative counterparts. Many people with HIV face increased risk for cardiovascular disease, an age-related chronic condition. For example, studies of people with HIV in the United States and Europe have demonstrated an increased risk of coronary artery disease and approximately a two-fold greater risk of heart attack as compared to those without HIV. Research also shows that people with HIV have a two- to ten-fold greater risk of venous thromboembolism (blood clots). In addition, older people with HIV experience very high rates of chronic lung diseases and sleep disorders, as well as blood disorders such as anemia that may occur as a complication of ART.

As the National Heart, Lung, and Blood Institute (NHLBI), the National Institute of Allergy and Infectious Diseases (NIAID), the Office of AIDS Research, and other components of the National Institutes of Health (NIH) adapt to the changing epidemiology of HIV infection, we are working together to support a coordinated research agenda that will optimize the health of people with HIV and improve their quality of life by reducing HIV-related co-morbidities.

This year, on HIV Long-Term Survivors Day, we renew our commitment to study HIV disease across the lifespan.

New stewardship of a combined and diversified cohort

The heart, lung, blood, and sleep conditions that often co-occur with HIV are integral to research supported under NHLBI’s broad portfolio. This is why NHLBI will become the primary steward of two well-established population studies that NIAID has funded for several decades: the Multicenter AIDS Cohort Study (MACS), which started in 1984 and has enrolled more than 7,300 gay and bisexual men, and the Women’s Interagency HIV Study (WIHS), which started a decade later and has enrolled nearly 5,000 women. Current participants in these studies will now be followed in a combined study known as the MACS/WIHS Combined Cohort Study. Both studies include HIV-positive and HIV-negative participants, and this combined study will be expanded to recruit new participants, with a focus on increased representation of African American and Hispanic/Latino men and women and residents in southern states, where more than half of new HIV diagnoses occur.

While HIV prevention and treatment research remain among NIH’s highest priorities, the combined cohort provides researchers from different disciplines with opportunities to focus on heart, lung, blood, and sleep co-morbidities as well as other conditions known to co-occur with HIV disease, including mental health and neurologic illnesses, diabetes, kidney failure, liver diseases, and certain cancers. This new research effort will build on the valuable information we have already learned from the MACS and WIHS studies and their dedicated participants, including how best to manage HIV, and the link between low immune cell counts and the progression of HIV-associated co-morbidities.

Combining the MACS and WIHS cohorts will facilitate data sharing and the use of archived biospecimens so that researchers, especially early-career investigators, can develop innovative research proposals on HIV co-morbidities. Scientific areas of interest to NIH include identifying biomarkers that indicate increased risk for chronic disorders in people with HIV and improving our understanding of the pathogenesis of chronic disease in HIV infection.  These discoveries will help guide future HIV prevention and treatment strategies.

Already the MACS and WIHS studies have made groundbreaking discoveries in HIV research, including how best to diagnose and manage HIV, the link between low immune cell counts and AIDS, and genetic and other factors that influence HIV progression. The MACS/WIHS Combined Cohort Study and other NIH efforts will yield the next advances in support of the President’s initiative, “Ending the HIV Epidemic: A Plan for America,” which aims to end the HIV epidemic in the United States within 10 years.

By leveraging scientific advances in HIV prevention, diagnosis, treatment, and care, and by forming partnerships with communities and researchers across the country, we are well-positioned to reduce the number of new HIV transmissions in the United States and improve the longevity and quality of life for people with HIV. 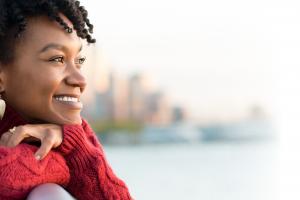 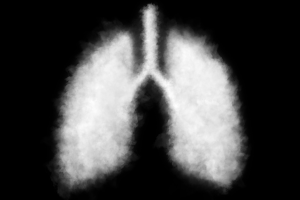 Taking a Science-driven Approach to Address the Vaping Threat