Her story: Wunmi Bakare was 18 months old when her pediatrician, Dorothy Esangbedo, M.D., diagnosed her sickle cell disease. Too young to understand her condition, the questions—“what is it?”, “how did it happen?”, and the heartbreaking “why me?”—came much later. Then this realization: In her native Nigeria “sickle cell is deemed a social stigma,” Bakare said. “So, patients and families don't disclose this medical diagnosis, fearing judgment or mistreatment.”

Growing up with sickle cell disease, she became very skilled at juggling school and extracurricular activities, and at 15, she gained admission to the University of Texas at Austin, from where she graduated with honors. “My parents raised me to be independent and self-sufficient, so coming to the US as a teenager wasn’t scary or challenging,” she said.

At every turn her parents propped Bakare up and pushed her forward. And she needed it, since her illness, hemoglobin SS disease, is the most common and also the most severe type of sickle cell disease. It occurs when one inherits copies of the hemoglobin S gene from both parents. Patients with this form experience the worst symptoms at a higher rate. For Bakare, now 33, that reality made the events of 2017 all the more welcomed. She participated in an NHLBI’s clinical trial and had an allogeneic stem cell transplant at the NIH’s Clinical Center. To hear Bakare tell it, “lifechanging” does not begin to describe what it meant to her health and wellbeing. Today, while still facing challenges, she thrives as director of her own public relations agency, and advocates for the sickle cell community here and abroad.

Unimaginable hurdle: “I had my first major surgery in 1994 when I was 7. At the time, I was having frequent pain crisis and, initially, the doctors thought it was a bout of malaria.” But further testing showed she had a bone infection in her upper arm that “travelled through my blood stream and spread to nearby tissue, muscle and tendons.” She was hospitalized for three months and underwent two major surgeries, but with the help her mom, her primary caregiver and teacher, “I kept up with my school work and took my final exam in the hospital.”

Her motivator: “Sickle cell is a disease; it is not a verdict of who I am. In all honesty, sickle cell is the rock on which I’ve built my perfectly imperfect life. Looking back, I wish I knew my invisible disability would be my teacher and the key to my version of success,” she said. She has learned to “live for today and try my best to make my dreams a reality” and to “actively change the negative perception of sickle cell disease. I want the next generation of patients to feel empowered, supported and above all, loved.”

Personal miracle: In 2015, Bakare went to Seattle for a vacation that turned nightmarish. After 20 days in the hospital, she was diagnosed with an infection called Mycobacterium Avium Complex (MAC) and given six months to live. “Nothing prepares you for a face-to-face tussle with death,” she said. Her health deteriorated, and “after 18 months of treatment, I had no strength to keep fighting.” Then, in 2017, Bakare participated in a sickle cell study at the NIH's Genome Research Institute and met Vence Bonham, Jr., J.D., who introduced her to Katherine Roskom, R.N., at NHLBI, who was working with Swee Lay Thein, M.D., on a stem cell transplant trial as treatment for sickle cell disease. After a screening test, “I was told my brother, my only sibling, was a match. That was my lifelong prayer, so I didn't have to think too hard. I immediately said yes,” Bakare said. “Just like that, I got into the stem cell clinical trial.”

Life after the transplant: “I wouldn't say my life has changed, I would say I've been reborn,” Bakare said. “Some days, I feel amazing and other days, I battle pain, iron overload and avascular necrosis of my hip and shoulders. Overall, I am soaring and  able to play with my 18-month old nephew for hours on end. Less pain means fewer hospital visits and more time working on my own goals.” She even wrote a “love letter”  to her lifelong “teacher”, sickle cell disease, which she credits with fueling her favorite character traits: passion, resilience, kindness, and service.

What she tells others with SCD:

Going forward, she wants to help people know what comes after a transplant and prepare for it. Bakare does just that in a personal essay published in Essence magazine describing her journey. “Do your research, talk to someone, preferably a patient, who has gone through the process, set realistic goals, and make the decision that’s right for you!” 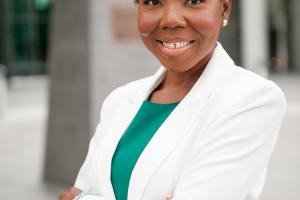 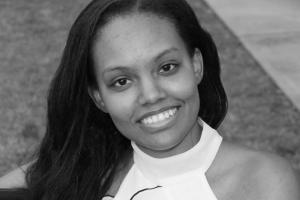