His story: Rodrick Murray was 3 months old when he was diagnosed with sickle cell disease (SCD). This condition became the backdrop of his life, often hindering it. The hardest part was to always be the “sickly kid.” As we hear often from sickle cell patients, Murray disliked “the fact that I wasn’t able to participate in some of the normal experiences everyone else enjoyed, such as playing sports” and occasionally, Murray had a difficult time with doctors not showing empathy towards him because he had SCD.

Born in Chicago, he had a loving childhood surrounded by his supportive parents and lots of family. He attended college at Winston Salem State University, worked as a broadcaster for the Voice of America for 17 years, and he is a lifetime member of Alpha Phi Alpha, Inc. Murray has presented on SCD patient advocacy at several conferences for the Sickle Cell Disease Association of America and the Maryland Sickle Cell Disease Association. He was also interviewed for his participation in a clinical trial in the “First in Human” Discovery documentary at the NIH Clinical Center.

His “aha” moment: Murray went to a sickle cell convention in Washington, D.C., and ran into many people involved with the research and was intrigued. He learned about the gene therapy study from a doctor at NIH. “I talked to Dr. [John] Tisdale. He said that I would be the first person in the United States for this protocol, and I said, ‘all right, let’s go.’ I signed up before I talked to my family.”

In June 2015, he went through the gene therapy protocol that changed his life. He admits the treatment was “kind of rough”, but the protocol was successful. After about two years he was sickle-cell free. He felt good, and his numbers [hemoglobin, blood iron] were good.

His determination: Murray knew that “the treatment could possibly change the face of medicine.” He added, “I knew it could go wrong, too. But it had to start with someone; why not me?”

Today: Fast forward three years, and Murray developed leukemia, a side effect of the chemotherapy to eliminate his sickle cell. But his spirit to fight was not diminished. Ask him how he copes, and he responds, “my faith in God, the love from my family and friends, and the support from the NIH staff.”

Murray is a research pioneer. He wanted to help find a cure. He understood the risks. He knew there were no guarantees. And he voluntarily signed up anyway. Based on the data from Murray’s experience, the NIH doctors have been able to adjust the treatments for subsequent trial participants. Many of these people are now sickle-cell free.

His vision for the big picture: Murray knew his experience could help others with sickle cell disease and other genetic diseases. In Murray’s words, “It’s bigger than me.”

His message: “I tell everyone I know to work with NIH and to participate in clinical trials. We must make this happen. Research has to be done.”

Murray has a devoted wife, Jenise, and two grown children. Both have the sickle cell trait. He said that he participated in the research for them and for others to have a chance for a cure.

EDITOR’S NOTE: We are sad to report that Rodrick Murray passed away on July 23, 2020. 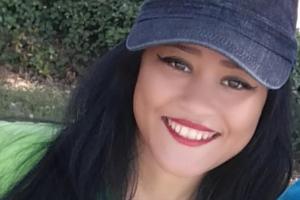 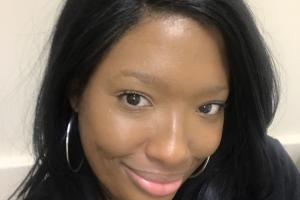