His story: Michael Loiacono, 32, is quick to admit that he is not the typical person with sickle cell disease. He is a white man of southern Italian heritage - living proof that the disease known mainly to affect people of African decent can affect people of other races and ethnicities, too.

That’s often news to people he encounters. Years ago, when he was a high school student in Glastonbury, Connecticut, Loiacono recalls raising his hand in science class to join a conversation about the disease. “When I told the class that I had it, no one—not even my science teacher—believed me,” he says.  Loiacono has a type of sickle cell disease known as sickle beta thalassemia. As a result of his condition, he spent large chunks of his childhood in hospitals to get relief from grueling episodes of pain and fatigue. Often, he had to get blood transfusions. “Although I look different, I don’t think I’m unique in terms of how people with sickle cell feel.”

Family support made a huge difference, he says.  With the help his father, a physician who does not have the disease, and his mother, who does, Loiacono eventually gained the confidence to move forward and become the best version of himself, despite his illness. He now works as a vice-president of sales and marketing for a software firm in Austin, Texas, that specializes in, appropriately, helping people unlock their full developmental potential.  He lives with his wife and son. He also volunteers for the Sickle Cell Association of Texas Marc Thomas Foundation.

Transformative moment: As a teenager, Loiacono began to take hydroxyurea, an FDA-approved drug for treating sickle cell disease, and his suffering began to diminish, giving him hope. The drug has significantly helped his quality of life by reducing the number of pain episodes and increasing his overall energy. He continues to take the drug, which has also helped reduce his need for frequent blood transfusions. Doctors recently gave him a prescription for Endari (L-glutamine oral powder), and he hopes that it will help even more.

His motivator: Loiacono says his family, career, hobbies such as hiking, and his determination to live life fully, all push him to move forward. “Even though the disease has taken some things from me, it has also given me some great things like perseverance, toughness and perspective,” he says, “I take pride in being able to shift my perspective. When I’m not in pain, I can appreciate life more, especially small things.  I’m not going to let this disease hold me back. I want to be an inspiration to other people. I want them to know that sickle cell may be part of you, but it’s not your identity. You can still do great things. It can even be an advantage if you can frame your mind the right way.”

His dream: “I hope we can eradicate sickle cell within my lifetime,” he says. “It would be great to live a life without sickle cell. But if we don’t get there, I hope we can at least manage it more consistently and move forward with perseverance, toughness, and gratitude.” 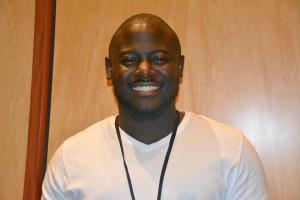 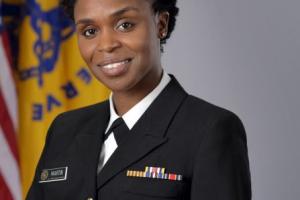