Her story: Mercy Mendoza was born in Honduras, and for the first three years of her life, she suffered from a condition that caused swelling, pain, and immobility and nearly destroyed her health. Multiple doctors tried to help but failed, and fearing the worse, Mercy’s grandmother went and bought a burial plot. Finally, a doctor who had been trained in the United States recognized Mercy's condition: It was sickle cell disease. Knowing that their daughter would need special care, Mercy’s parents brought her to the United States and they found Mercy the pediatric care she needed to treat her disease. Years later as a teenager, Mercy became a counselor at a camp for kids with sickle cell disease. There she taught others to manage the condition that nearly claimed her life. Today Mercy lives in Houston with her parents, brother, and two sisters. She is the only one in her family who has the disease. Her brother and one of her two sisters have the trait. She currently volunteers for the Sickle Cell Association of Texas Marc Thomas Foundation, where she also conducts specialized outreach to the Hispanic community in Texas to raise awareness about the disease.

New perspective: “I used to hate having sickle cell disease when I was little. I would ask God ‘Why me?’”  Now, as an adult, I’ve learned to manage it, to take care of it. I know what medicine to take and how to treat the pain. I still do hate it, but not as much. I’ve learned to make the best of the situation.”

Biggest challenge: “It’s not knowing when a crisis is going to hit. Fifteen minutes from now, I could have a crisis with chest pain or be unable to breath. There are times I have to go to the hospital and I don’t think I’m going to make it. Today, I take hydroxyurea, and it helps. I don’t have a crisis that often.”

What I want people to know: “Sickle cell is a disease that can affect anyone and everyone. All my life, I had never really met another Hispanic person with sickle cell disease. But when I was a patient at a sickle cell camp, I met another girl who was Hispanic like me who also had sickle cell. She was from Columbia.”

Her dream: “My dream is that researchers will find a cure. Life for us [people with sickle cell disease] would be much easier, less painful. I also hope that there will be better treatments available that will result in crises occurring less often.” 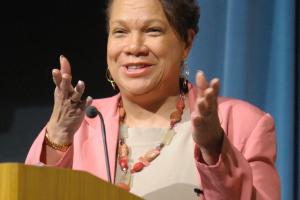 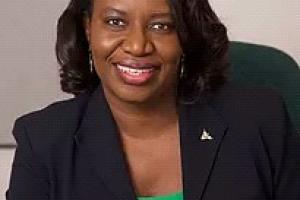