Her story: In 1966, Mary Murph’s two young daughters were diagnosed with SCD. Determined to know more about a disease few understood, the then-elementary school teacher mounted a campaign that connected her to scores of people and eventually led to her founding the Sickle Cell Disease Association of Pinellas County, the first organized chapter in Florida. For 46 years, Murph has led the organization, even as she faithfully cared for two daughters, standing by them through more than 150 hospitalizations, five hip replacement surgeries, two gall bladder surgeries, and more. One of Murph’s daughters passed away last year at age 52, but Murph forges on yet. Her continued work and enthusiasm on behalf of SCD families has earned her numerous salutes and awards.

Biggest challenge: “Facing the fact that I had two children with sickle cell disease and had little knowledge about it was tough. There were times I slept at hospitals all night between two beds, then got up and showered and went straight to work. Many times I felt so alone, so helpless. I used to ask, ‘Why me?’”

What kept her going: “I started saying, ‘Why not me?’ I did a lot of self-talk. I practiced not allowing my emotions to get out of control and relied on positive thinking and prayer. Then I got aggressive and started finding answers.”

Life joy: “My daughter was able to live an unusual and full life, even with the devastating illness. She got a master’s degree, joined the corporate world, pledged a sorority, bought a car, traveled—despite  everything she was dealing with. Her philosophy was, ‘I have sickle cell, but sickle cell doesn’t have me.’”

Big dream: “I’m just asking for God to propel research to the level of a universal cure. My hope is to one day hear sickle cell patients say, ‘Free at last, free at last, God Almighty, free of pain!’” 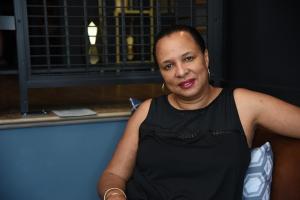 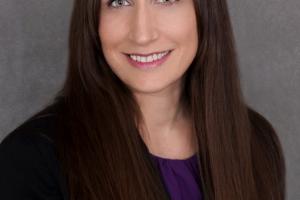