His story: Lynndrick Holmes, 29, was diagnosed with sickle cell disease at birth, but the challenges of living with the condition took the greatest toll on him as an adult. Aging out of pediatric care meant that he struggled to find adequate and timely treatment. When he did finally find a hospital that could help, he discovered that the staff’s knowledge about the disease was uneven and frustrating. Some knew what he was going through; others had no clue.

His biggest challenge: Holmes remembers all too well the winters he spent in the hospital with acute chest syndrome—a major sickle cell crisis that affects the blood vessels leading to and from the lungs. For Holmes, the crises were often triggered by pneumonia, leaving him unsure if he would see the next year. His faith and family guided him through those tough times. But when his faith dissipated, he said, he began contemplating the possibility of death. “Every time sickle cell popped up to say, ‘We interrupt this program to bring you a sickle cell crisis,’ I thought, ‘Good, I was expecting you. Am I going to die this time? No? Then, I’m just going to live my life until you do.’ It was very morbid and depressing.”

How he survived: Anxious to find relief, Holmes enrolled in a gene therapy trial at NIH with hopes of being cured from the disease. Initially guarded, his participation in the trial, he says, was “soul-awakening”—a stark contrast from his experiences back home in Mobile, Alabama. “I experienced burgeoning humanity—compassion, empathy, and a genuine concern for my disease,” he says. “I thought I was going to have to justify my circumstances, validate my disease, and prove that sickle cell exists all over again. But I didn’t.”

His motivator: Since returning to Mobile, Holmes has seen improvements in his health and well-being. He says relationships with family and friends have improved. Aside from playing the occasional video game, he spends most of his time helping others in his community. He volunteers for the Sickle Cell Disease Association of America - Mobile Chapter Inc., and enjoys being with his wife and three daughters. 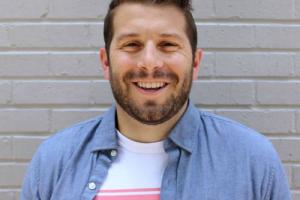 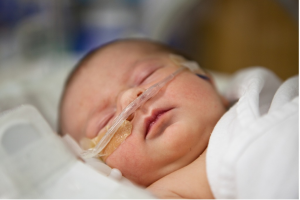