Her story: On Feb. 8, 2022, Kwanzaa Bennett, a writer and musician based in Dallas, celebrated the first day of living without severe complications from sickle cell disease. “I was practically living in the hospital,” she explained about her life before. “I would be there for months at a time.” But after a series of hurdles, the 30-year-old Bennett looked forward to preparing for the gene therapy trial at NIH. She provided researchers with blood-forming hematopoietic stem cells, and during what’s called a gene transfer, they inserted a correct gene into them to help her body produce normal red blood cells. Until that infusion, Bennett’s red blood cells were not producing normal levels of hemoglobin, which made them form half-moon, or sickled, shapes. These sickled cells then clumped together, blocked blood flow, and caused severe pain. Now, Bennett said, she’s looking forward to living a normal life – remarkably, without needing regular pain medication.

The big hurdle: “To participate in the trial, I needed to be out of the hospital for at least a month,” she said. But delays came because of the pain crises, a brain bleed, and problems from a condition – avascular necrosis – that limits blood flow to the hips. “Then, the pandemic hit,” she said, which further delayed the process. When, finally, it was safe to participate, Bennett was scared and excited. “Nothing could faze me because there was a light at the end of the tunnel,” she explained.

A day to remember: “They had been calling it my new birthday forever,” Bennett said. “And the day was really cool.” A therapist brought her a Happy Birthday balloon and stuffed animal as she woke up. Then, the hematology and neurology teams delivered gifts, including a mug and a stuffed animal pillow that reminded her of her dog from home. “Later in the day, the whole nursing staff came in and sang, Happy Birthday” and brought a cake and card, she said.

How the therapy helped: “I felt different almost immediately,” Bennett said. “The first thing I noticed was my energy levels and how long I could go without pain medicine.” To celebrate, she went to dinner and a movie with her parents – something she had not been able to do for years. She’s currently preparing for a hip replacement, which she was planning before the trial.

What she learned: “The experience will likely force you to confront your medical trauma almost immediately,” Bennett shared – referencing her prior experience with facing prejudice while seeking care, which, unfortunately, can be common for those living with sickle cell disease. Bashfully, she recalled opening up to the idea of doctors and nurses who were there to help her. This is one reason she encourages others going through a similar trial to “be open to a new way of doing things.” She added, “You’re going to come out better on the other side.” 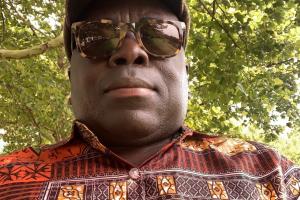 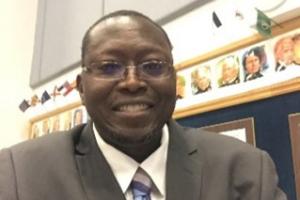