His story: For many years, John Tisdale has been working on strategies to cure sickle cell disease by replacing the bone marrow cells that give rise to sickled red blood cells with bone marrow cells from a donor who does not have the disease. That transplantation strategy has shown remarkable results in children with the disease. Tisdale developed a modified transplant technique that is chemotherapy free to make it safer and more effective for adults and the technique is beginning to show great promise in patients undergoing this modified procedure. In August 2017, his research on bone marrow transplantation was featured in “First in Human,” a three-part television documentary produced by the Discovery Channel. It includes a compelling segment about a patient with sickle cell disease who underwent a bone marrow transplant procedure. Tisdale is currently leading a multi-center nationwide study to test the effects of an experimental gene therapy protocol for sickle cell disease.

Biggest challenges: Tisdale is concerned that not enough people with sickle cell disease are enrolling in clinical trials, which are considered key to making progress in the fight against the disease. He highly encourages patients with sickle cell disease to check the availability of these trials—whether at NIH or elsewhere—and enroll when qualified.

Aha moment: Tisdale completed his internship and residency at Vanderbilt University School of Medicine in the early 1990s. There, he saw “a number of patients with sickle cell disease coming in and out, and it just seemed like there was nothing for them. We weren’t doing anything except for giving pain medications. And the patients were coming right back because we weren’t doing anything to alter their disease course. And it made a lot of sense that a bone marrow transplant would be able to fix that, and I understood the limitations, but didn’t understand them to be insurmountable.” 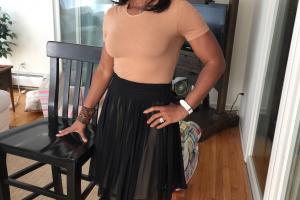 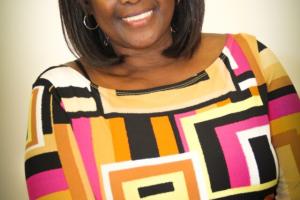