His story: In 2003, Jeffrey Zuttah was captain of his state championship football team and an academic whiz kid who dreamed of playing college football. An All-American, he won a scholarship to the University of Michigan, but because of his disease, he wasn’t allowed to play. Zuttah transferred to Stanford University with his goal still intact. But less than a year into his football career, an SCD crisis ended his dream. Zuttah picked up the pieces, shifted his focus, and went on to earn a degree in public policy and then an M.B.A. with honors from Harvard. Now he works with a firm, Quartet Health, that tries to improve outcomes for patients with concurrent chronic issues, and he volunteers as a patient advocate in local and national SCD organizations.

Unimaginable hurdle: Getting into Stanford and proving himself after the Michigan letdown was stressful enough. But when Zuttah’s health crisis hit, “it re-set the pain scale. I had had broken bones, torn ligaments…everything. But this pain—there was nothing I had experienced that I could compare it to. Nothing.”

How he survived: “I just told myself if I could decode the process of playing that level of football with this disease—getting my body to perform under stress with 70,000 people watching—there’s no reason I could not use that same level of rigor in figuring out how to manage this disease. So I prioritize my health. I would hate to prevent myself from reaching my potential because I failed to do that.”

His dream: “I want to give other people the opportunity to express who they are fully, regardless of this disease. I had resources, I had access. But when you look at the population most impacted, that’s not the case. It’s a small community with few champions. I want to help rectify that.”

There are no Previous Posts to display. 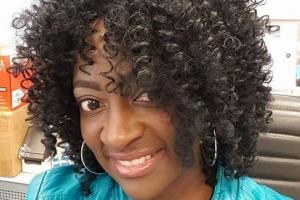