His story: Doctors diagnosed Chad Williams with sickle cell disease at age 3, and the memories of the grueling childhood years that followed are still vivid in his mind. Williams recalls constant trips to the hospital to receive treatment for debilitating pain and a host of related health problems, many a result of the disease’s devastating impact on his organs. When he was just 5, for example, doctors had to remove a large mass on his right kidney, and that led to a second surgery on his intestines seven years later. Another surgery on his spleen would later follow. But eventually, Williams got better at managing his disease with focus and care. Now 26, he runs a music production business, volunteers as a sound engineer at his church in Memphis, Tennessee, and participates in sickle cell disease clinical studies.

His biggest challenge: “I remember my Dad taking me to the hospital when I had stomach pains, and the doctor told us that I could die if I didn’t have abdominal surgery that night,” Williams said, recalling his intestinal surgery at age 12. “I’m blessed to have had that surgery. Otherwise, I wouldn’t be here today.”

Transformative moment: “I’ve been taking hydroxyurea since I was 17 years old, but it didn’t fully benefit me until after I had surgery on my spleen,” he said. “Nine years later, I’m still taking hydroxyurea and haven’t had pain crises that require me to be admitted into the hospital.” Williams also manages his disease by eating healthier, staying hydrated, and managing stress.

His way of helping others: Williams has volunteered for a number of sickle cell disease clinical studies in Memphis. He’s even volunteered in a study looking at the early development of an app called InCharge Health, which helps patients track and better adhere to their medications. As a busy young professional, Williams knows how important it is to stay on top of his medication regimen, as well as stay in contact with his doctors. He hopes the app will eventually be approved so it can help other teens and young adults lead healthier lives.

Why it matters: “I participate in sickle cell disease clinical studies because I know what other patients are going through, and I don’t wish pain [from sickle cell disease] on anyone,” he said. “I know that doctors and researchers are working hard to make the disease easier to manage. That’s why I help out.” 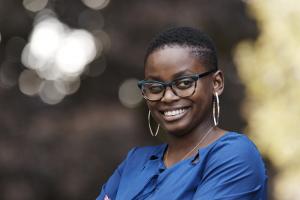 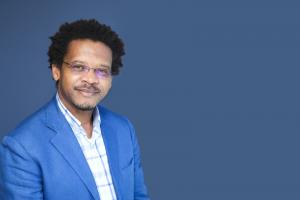