In the Laboratory of Systems Genetics, led by Dr. Susan T. Harbison, research is currently focused on her interest in complex traits---and the use of genomic technologies to study them.

Sleep is an enduring biological puzzle in that it appears to lack an adaptive advantage; a sleeping animal cannot forage for food, mate, or defend itself against predation. Yet, as every long-distance traveler, insomniac, or parent of a colicky infant knows, sleep deprivation leads to ill effects on health and cognition. Sleep is an example of a complex trait, influenced by many genes. Sleep is also subject to multiple environmental factors, making it virtually impossible to assess the effect of a single gene in all potential environmental conditions and genetic backgrounds in human populations. Dr. Harbison is currently focusing her interest in complex traits—and the use of genomic technologies to study them—on this challenging problem.

Sleep has been observed in nearly every animal species studied, including Drosophila, the common fruit fly. Taking advantage of the powerful genetic tools that have been developed to study Drosophila as a model organism, Dr. Harbison investigates the genetic networks underlying sleep and their interactions with the environment. Research in her laboratory associates sleep characteristics in natural populations with molecular data across populations, environments, and species. Her aim is to look beyond single genes to identify gene networks that will illuminate the function of sleep as well as the degree of conservation across species.

Dr. Harbison is also studying how changes in the environment alter sleep. Exposure to drugs, dietary changes, varying temperatures, and social isolation are all examples of environmental changes that can alter sleep patterns in flies and humans. By systematically exposing Drosophila to these changes and measuring the impact on sleep, Dr. Harbison can distinguish gene networks that are robust across environments from those that are plastic.

If sleep has a common purpose, then the genes and gene networks affecting sleep are likely to be conserved. For example, a recent collaboration with colleagues at the University of Alabama-Birmingham has produced evidence that an individual gene (dSdc) uncovered by Dr. Harbison in a Drosophila sleep study has a human homologue (SDC4) associated with sleep and resting metabolic rate in children. Dr. Harbison is investigating the degree to which entire gene networks are conserved across species by assessing sleep in two closely related Drosophila species. She is also using in silico mining to identify human homologues of Drosophila candidate genes for sleep. Highly conserved gene networks are of practical importance for human sleep biology as well as potential therapeutic targets for sleep disorders.

Some genotypes have more day-to-day variability in their sleep than others. Flies of Line 1 have extreme variability, while flies of Line 2 are very stable. 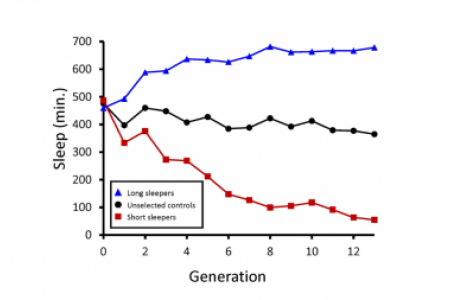 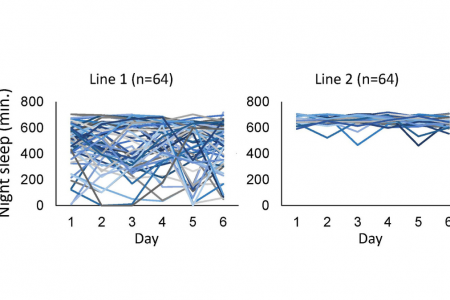 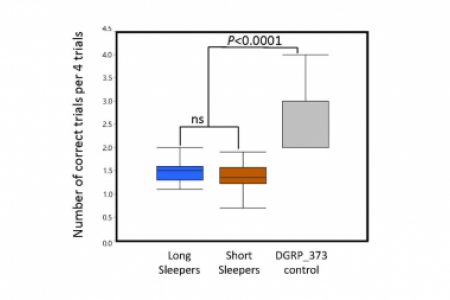 Susan Harbison graduated cum laude with a B.S. in aerospace engineering from North Carolina State University and served as an aerospace engineer for the Naval Aviation Depot for eight years before completing a Ph.D. in genetics, also at North Carolina State, in 2003. She was a postdoctoral researcher with Amita Sehgal at the University of Pennsylvania from 2003 to 2007 and with Trudy Mackay at North Carolina State University from 2007 to 2011. In 2012, Dr. Harbison joined the NHLBI as an Earl Stadtman tenure-track Investigator. Dr. Harbison was awarded the Presidential Early Career Award for Scientists and Engineers in 2012, and became a Kavli Fellow in 2014. Dr. Harbison is a member of the Genetics Society of America and the Sleep Research Society.