The broad interest of the Laboratory of Obesity and Metabolic Diseases, led by Dr. Haiming Cao, is to understand the complex regulation of energy metabolism and uncover its significance in the pathogenesis of metabolic disease.

The broad interest of the Cao group is to understand the complex regulation of energy metabolism and uncover its significance in the pathophysiology of metabolic disease. The worldwide obesity epidemic—along with an array of obesity-related disorders, particularly diabetes, fatty liver and cardiovascular diseases—has become a major public health threat in the 21st century. The molecular and pathological basis by which obesity induces metabolic disorders, however, remains incompletely understood, hampering the development of effective therapies against these debilitating diseases.

Our current knowledge of energy metabolism is mostly based on studies of protein coding genes, which constitute less than 2% of the human genome. Although the remainder of the genome was initially considered to consist predominantly of gene deserts, thorough examinations of the mammalian transcriptomes in recent years have uncovered tens of thousands of long noncoding RNAs (lncRNAs). In humans, lncRNAs are at least three times more prevalent than protein-coding genes but their physiological function is largely unknown. The Cao group has recently demonstrated that a number of long noncoding RNAs could function as vital metabolic regulators in mice (Cell Metabolism, March 2015, Cell Reports, March 2016 and Cell Metabolism, October 2016). These findings also suggest that energy metabolism-associated lncRNAs may have systemic regulatory effects, and that the dysregulation of these lncRNAs could be the underlying cause for many metabolic abnormalities.

If human lncRNAs play a similar role as their rodent counterparts, understanding their physiological significance could rapidly enhance our understanding of human metabolism and substantially increase the number of potential therapeutic targets for metabolic diseases. However, most human lncRNAs are human- or primate-specific, vastly limiting our ability to identify and experimentally define human lncRNAs that regulate metabolism. To address these intriguing and challenging questions, the Cao group has recently developed two extensive pipelines leveraging the information of genome-wide association studies (Nature Communications, 2020) and clinical studies of metabolic disorders (Journal of Clinical Investigation, 2020) for the identification of human lncRNA metabolic regulators. Furthermore, we have also identified micropeptides derived from putative human lncRNAs that play a critical role in nutrient sensing and glucose metabolism. To define the metabolic function of human-specific lncRNAs in a physiologically relevant setting, we have recently produced humanized mice in which over 90% of the mouse liver cells are replaced by human hepatocytes, or essentially mice carrying a human liver. Using these powerful pipelines and humanized murine model, the lab has recently demonstrated that multiple human-specific lncRNAs regulate critical signaling networks in human metabolism. The significance of these lncRNAs in human disease is currently being corroborated by studying their functions in samples from patients who suffer from a range of metabolic disorders.

From our lab: Disease-causing mutation.

iPS cells from our mice

iPS cells from our patients

Mice from our lab

A cluster of fat cells

View of our lab

One view of our lab

Another view of our lab

Secondary view of the lab

The cell culture room of our lab

The lab building is located at the NIH campus in Bethesda, MD. 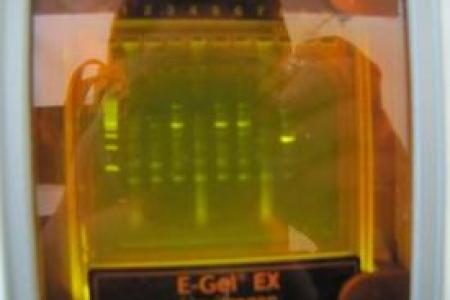 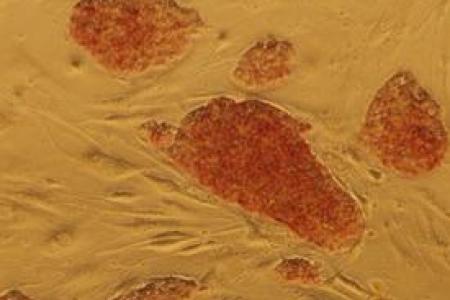 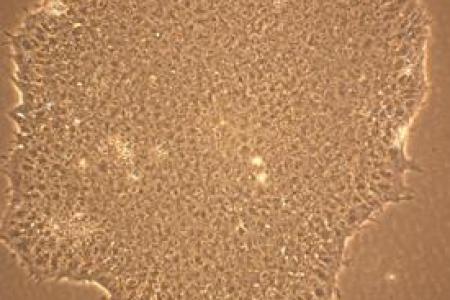 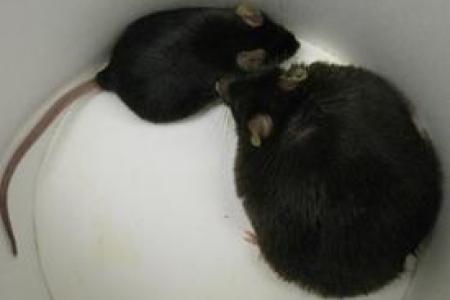 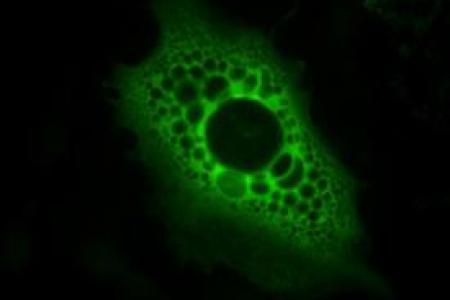 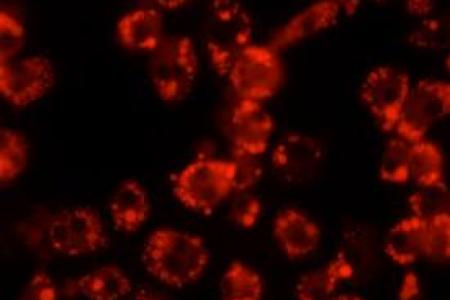 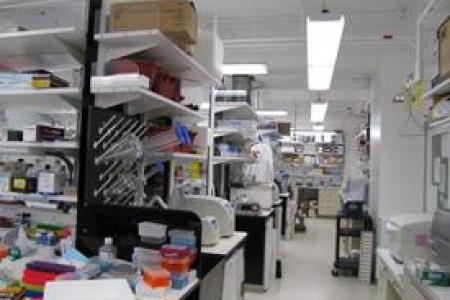 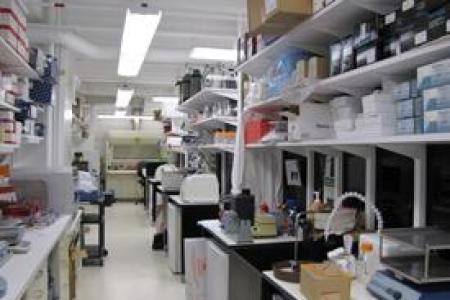 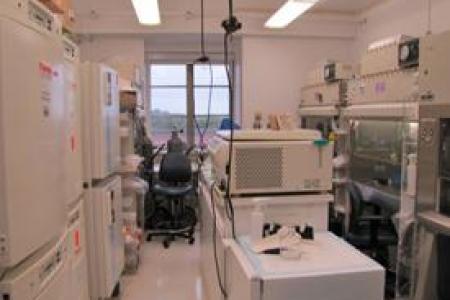 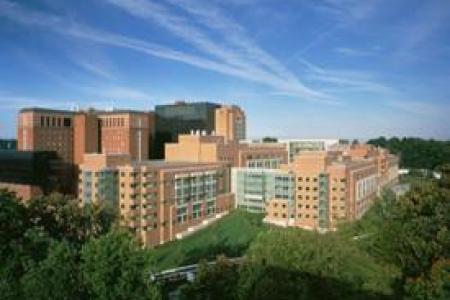 Haiming Cao earned his Ph.D. in biochemistry in 2003 from the University of Nevada Reno. He did his postdoctoral training at Harvard University from 2003 to 2010. Dr. Cao joined the NHLBI as an Earl Stadtman Investigator in 2011.