Cholesterol has a bad reputation, associated with cardiovascular disease, the leading worldwide cause of morbidity and mortality. Cholesterol, however, plays a vital role in normal cellular processes; hence its cellular and whole body distribution is subject to complex, dynamic regulation by circulating lipoproteins and enzymes. Dr. Remaley’s laboratory seeks to better understand lipoprotein metabolism and to translate new insights gained from basic biochemistry, cell biology, and transgenic animal models into much needed clinical advances in the treatment and prevention of cardiovascular disease.

Dr. Remaley’s research has focused on the beneficial role of high-density lipoprotein (HDL), the so-called “good cholesterol.” HDL, which is a complex of the protein apoA-I with phospholipids, removes excess cholesterol from peripheral tissues, such as the arterial wall, and transports it to the liver and intestine for excretion from the body. It has been shown that this process—the reverse cholesterol transport pathway—can be markedly stimulated by infusing HDL made with either purified or recombinant apoA-I and phospholipids. HDL infusion has been proposed as an acute therapy for patients with acute coronary syndrome who are at imminent risk for developing myocardial infarction. His laboratory has developed small synthetic peptide mimetics of apoA-I, and like the full-length protein, these peptides mobilize excess cholesterol from cells and have been shown to reduce atherosclerosis and inflammation in animal models. One of the peptides developed by his laboratory has been licensed to an outside company and is now undergoing pre-clinical toxicology studies for evaluation as a possible new therapy.

Dr. Remaley’s laboratory also investigates lecithin cholesterol acyl transferase (LCAT), a plasma enzyme that esterifies cholesterol with a fatty acid, which sequesters it on HDL and facilitates its removal from the body. Two rare diseases—fish-eye disease (FED) and familial LCAT deficiency (FLT)—result from a lack of LCAT. In a cooperative research and development agreement with an outside company, his laboratory has been instrumental in the development of recombinant LCAT as a possible therapy. It is currently being tested at the NIH in early stage clinical trials for FLT and for acute coronary syndrome. Preclinical animal studies from Dr. Remaley’s laboratory have also demonstrated that a combination therapy of recombinant LCAT and HDL acts synergistically in the removal of cholesterol from cells.

In Dr. Remaley’s view, the opportunity to study and learn from patients at the NIH with rare genetic disorders of cholesterol metabolism is a distinguishing characteristic of the work being done in his laboratory. The exposure to patients with rare diseases often leads to new insights into common disease processes that can be obtained in no other manner and inspires him and his co-workers to translate their basic science findings in cholesterol metabolism into new therapies for cardiovascular disease.

“It takes a village to do a good science” is a motto of Dr. Alan Remaley’s team of the Lipoprotein Metabolism Laboratory. “One of the best things about the NIH is we get to work with the best people from all over the world” according to Dr. Remaley.

Illustration shows a simulation snapshot of D6PV peptide interacting with a trilayer of lipids.

Our team, thanks to the great and professional work of the NHLBI Office of Technology Transfer and Development, has been patenting their discoveries with USPTO.

Our team, lead by Dr. Marcelo Amar, runs two clinical trials on potential treatments for preventing and reducing cardiovascular diseases risk. First trial is a Fish Oil study and the second one is a Fx-5A peptide study. Please check the details and eligibility criteria in the links provided.

Dr. Alan Remaley and Maureen Sampson, a research Medical Technologist in the NIH Department of Laboratory Medicine, have shared their equation calculator for low-density lipoprotein cholesterol (LDL-C), called Sampson-NIH equation for LDL-C. It has been published in JAMA Cardiology and is available for free to researchers and clinicians to improve testing of LDL-C in patients at risk for heart diseases.

Other equations of the team are available at https://figshare.com/authors/Maureen_Sampson/9315995 and include Sampson-NIH equations for small dense LDL-C, phenotype algorithm, and enhanced VLDL-C equations.

Determining atherosclerotic cardiovascular disease (ASCVD) risk is crucial for its prevention. M. Sampson and Dr. A. Wolska and colleagues have recently published a paper in Clinical Chemistry journal on a new estimated ASCVD risk score called eASCVD that can be automatically computed by clinical laboratories for all patients with a fasting standard lipid panel to improve the primary prevention of ASCVD. This research was featured by the NHLBI on their website in an article Calculating risks for heart disease | NHLBI, NIH Access to the free eASCVD calculator is available at https://figshare.com/articles/software/Sampson_eASCVD_equation_calculator/14222852 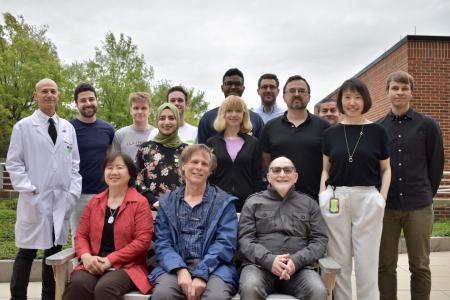 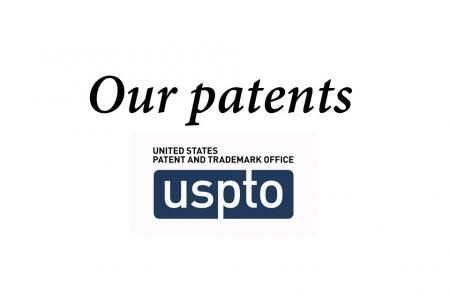 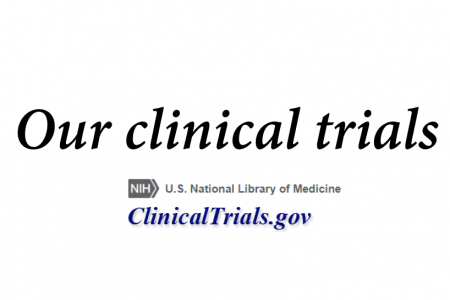 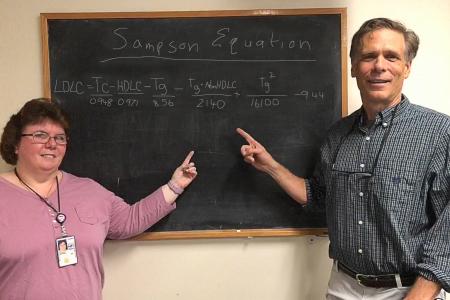 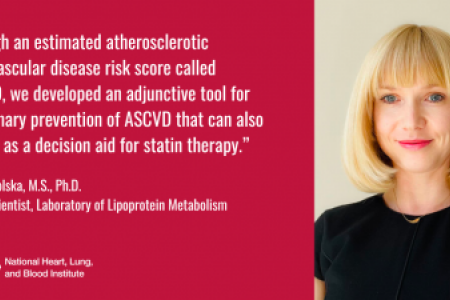 A New Equation for Calculation of Low-Density Lipoprotein Cholesterol in Patients With Normolipidemia and/or Hypertriglyceridemia.

Alan Remaley received his B.S. in biochemistry and chemistry from the University of Pittsburgh in 1981, and a M.D. and Ph.D. in biochemistry from the University of Pittsburgh in 1987. In 1990, he completed a residency in clinical pathology at the University of Pennsylvania and became board-certified in clinical pathology in 1992. He joined the NIH in 1990 as a medical staff fellow and did a postdoctoral fellowship on lipoprotein metabolism in the Molecular Disease Branch at the NHLBI. In 1995, Dr. Remaley became a senior staff member of the Department of Laboratory Medicine at the NIH, where he is currently the Director of the Immunoassay and Special Chemistry section. In 2007, he became the Section Chief of the Lipoprotein Metabolism laboratory in the Cardiovascular and Pulmonary Branch of the NHLBI. Dr. Remaley has received numerous honors and awards over his career and is a Captain in the United States Public Health Service. He has published more than 150 peer-reviewed articles and is on the editorial board of several journals, including Journal of Lipid Research, Journal of Pediatric Biochemistry, Atherosclerosis, and Clinical Chemistry. Dr. Remaley is a member of the American Association of Clinical Chemistry (AACC), College of American Pathologists, American Heart Association, and National Lipid Association.