Each year, roughly 100,000 babies worldwide are diagnosed with a life-threatening condition called persistent pulmonary hypertension of the newborn (PPHN). In infants with PPHN, blood does not circulate properly through the lungs, and sufficient oxygen does not reach the heart, brain and other major organs. Yet, despite the proven effectiveness of inhaled nitric oxide (iNO) as a life-saving treatment for PPHN, access to it by patients has been severely limited—in part because of its expensive, unwieldy system of delivery.

Now, a team of industry experts, engineers and scientists at Third Pole Therapeutics in Massachusetts have developed a delivery system that produces pure nitric oxide (NO) from air and electricity and delivers it to the patient on demand—either through a cannula, facemask, or a ventilator. FDA clearance for this new hospital therapy is in the works.

“Our goal is simple—to bring a more convenient and portable technology to more settings, including community hospitals and regional perinatal centers around the world,” said David Zapol, founder and CEO of Third Pole Therapeutics. “We want to make our therapies widely available, including for the smallest patients of all.”

Third Pole spun out of a Massachusetts General Hospital laboratory led by David Zapol’s father, Warren M. Zapol, M.D., Emeritus Anesthetist-in-Chief at Massachusetts General Hospital and chairman of Third Pole’s Scientific Advisory Board. The company builds on more than $5 million of research funding over a decade from the National Heart, Lung, and Blood Institute (NHLBI), which supported the clinical application of iNO for the treatment of PPHN.

It all started in 1990, when Warren Zapol and his team at Massachusetts General Hospital discovered, using sheep models, that breathing NO could successfully treat the condition.

Those initial studies led to the FDA’s approval in 1999 of iNO for PPHN treatment, establishing it as the standard-of-care. Shortly afterwards, Jesse Roberts, neonatologist at Massachusetts General Hospital, administered the first dose of iNO to save “blue babies,” whose blue complexion was caused by oxygen-poor blood. Inhaled NO at low doses relaxes the blood vessels in the lungs without dropping systemic blood pressure, which can be dangerous. Other therapies did not have that advantage.

In the United States, it costs on average $14,000 for a five-day treatment of iNO for PPHN—a prohibitive amount for many patients. Making access even more difficult are the complex supply chains and use of heavy, cumbersome cylinders to transport the drug.

But one day while reading about NASA planes flying through lightning bolts and measuring large amounts of NO, Warren Zapol had an “aha” moment. He decided to test electrically-generated NO, and he found that he could make clean gas that was as good as the gas from the cylinders—and without the use of heavy, expensive tanks.

Following his discoveries, Third Pole launched in 2014, with David Zapol at the helm. The following year, Zapol received a grant from the Boston Biomedical Innovation Center, one of the three National Institutes of Health (NIH) Centers for Accelerated Innovations (NCAI). The support allowed Third Pole to establish the company, its processes, and collaborate with Warren Zapol’s laboratory and navigate the complex waters associated with advancing technologies from the laboratory to the patient. The company also used NCAI support to learn how to minimize chemical byproducts that are often made by NO generating technologies.

Additionally, the company received Direct to Phase II Small Business Innovation Research (SBIR) funding from NHLBI to gather user input and to develop a prototype of a viable product. In 2016, Lorenzo Berra and his colleagues at Massachusetts General Hospital—the team now carrying the research forward into the clinic—published a study about the effectiveness of the invention when tested on a small group of both healthy people and patients with pulmonary hypertension. It showed that NO generated from air had the same effect as pharmaceutical iNO delivered from compressed gas cylinders.

In 2017, Third Pole won the Johnson & Johnson JLABS @ M2D2 QuickFire Challenge for the best medical device that addresses a critical health need. The award allowed Third Pole access to mentorship and coaching from experts at Johnson & Johnson and the chance to grow the company to 30 employees. This year, Third Pole entered into a collaboration with Actelion Pharmaceuticals Ltd, a Janssen pharmaceutical company of Johnson & Johnson, with hopes of getting the therapy to market to extend and improve lives.

“It is complex moving from lab innovation to worldwide product,” said David Zapol. But it is worth it, he said, because the work will have a global, long-lasting impact.

Third Pole also is developing a second-generation home-based therapy to treat adults with pulmonary hypertension. They are hoping to get the therapy, which they said is delivered by a simple, convenient, economical, and lightweight device—and can be optimized to use the same amount of battery as a cellphone—out of hospitals and into homes around the world.

“Patients with heart and lung diseases are dying in Kenya, in China, and in Cambridge, Massachusetts because they do not have access to inhaled nitric oxide,” said David Zapol. “Even though it will take patience with the time and resources required for our in-home technology to reach those patients, we know we have the solution.”

Warren Zapol, who is also a Jenney Professor of Anesthesia Harvard Medical School, agreed. While the challenges are formidable, he said, the company already has come a long way. “Without the support of NHLBI, we would never have been able to start Third Pole—or be on the path to treating the world with inhaled NO,” he said. 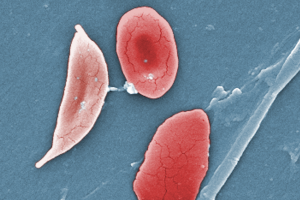 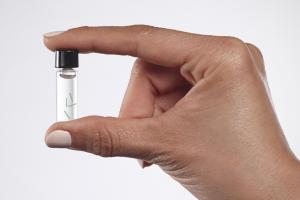