Earlier this summer, I had the privilege of engaging with a remarkable group of people representing organizations that share our mission to conquer sickle cell disease (SCD). I was energized by the willingness of these advocates to come together and marshal their collective strength to accelerate progress toward overcoming this devastating blood disorder that presents daily challenges for those living with it.

Spending time over two days with these individuals, I was reminded of the story of a young woman in Washington, D.C.—I’ll call her Sandra—who lives with SCD. Sandra says she has two dreams: to have a child, and to one day wake up without the fear of sickle cell crisis pain.

Sandra’s dreams are now closer to reality, thanks in part to innovative new tools and therapies such as the NIH gene therapy protocol she is currently receiving. As part of early phase testing, researchers are replacing the mutation in Sandra’s hemoglobin that causes SCD with healthy copies of a gene delivered with an engineered virus. It’ll take time before we can test this technique widely, but it holds promise for Sandra, who simply wants to live a full and healthy life.

Fortunately, there’s more hopeful news ahead for the 100,000 people in the United States, and the more than 20 million globally, who also live with this disease. Our scientific investments have brought us to a point where we have many more tools available to correct or compensate for the defective gene that causes SCD.

Decades of basic research on sickle cell disease have laid the groundwork for novel genetic approaches to cures, such as the genetic editing of bone marrow cells, which have shown great promise in animal models and in some small-scale human studies.

Now we’re ready to use these tools to speed up our quest for a cure.

Through a collaborative new effort called the Cure Sickle Cell Initiative, researchers in academia, government and industry—with the critical help of patients, their caregivers and patient advocacy groups—are now working together to accelerate the development and testing of the most promising genetic-based curative therapies. It is initially focusing on gene therapies that modify the patient’s own hematopoietic stem cells (HSCs), which make red and other blood cells. These modified HSCs can then be given back to the patient via a bone marrow transplant, making a cure available to more patients who lack a matched donor.

The goal is to move these therapies safely into clinical research within five to 10 years.

I am proud that the NHLBI, along with the broader NIH community and agencies across HHS, is helping lead this effort, which we launched just this month. This patient-focused initiative builds on the legacy of NHLBI-supported research that has contributed to improving clinical care for patients who have sickle cell disease. It also complements the institute’s broader sickle cell disease research investment, which includes basic, clinical, translational and implementation science research.

CureSC has captured the passionate commitment of Adm. Brett Giroir, M.D., assistant secretary for health, who also attended the meeting with sickle cell disease stakeholders, and has engaged many of NHLBI’s federal partners, including others at NIH, CDC, CMS, FDA, HHS Office of Minority Health, and the Health Resources and Services Administration.

It is my fervent hope that the groundbreaking work we do establishes a living template for future generations of clinician-researchers tackling rare diseases.

As we recognize Sickle Cell Awareness Month nearly seven decades after this genetic disorder was characterized at the molecular level—and 70 years after the NHLBI was established—we are humbled that such a diverse circle of partners are committed to joining us on this path toward a cure.

For more information about the sickle cell disease and resources available to people with the disease, please see https://www.nhlbi.nih.gov/health-topics/education-and-awareness/sickle-cell. 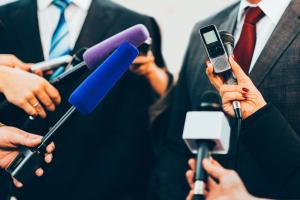 Message shared with the Research Community on Thursday, September 29, 2016 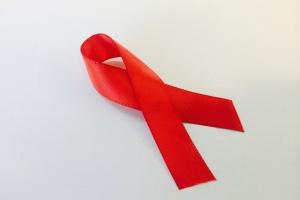